The Craig and Barbara Weiner Holocaust Reflection and Resource Center 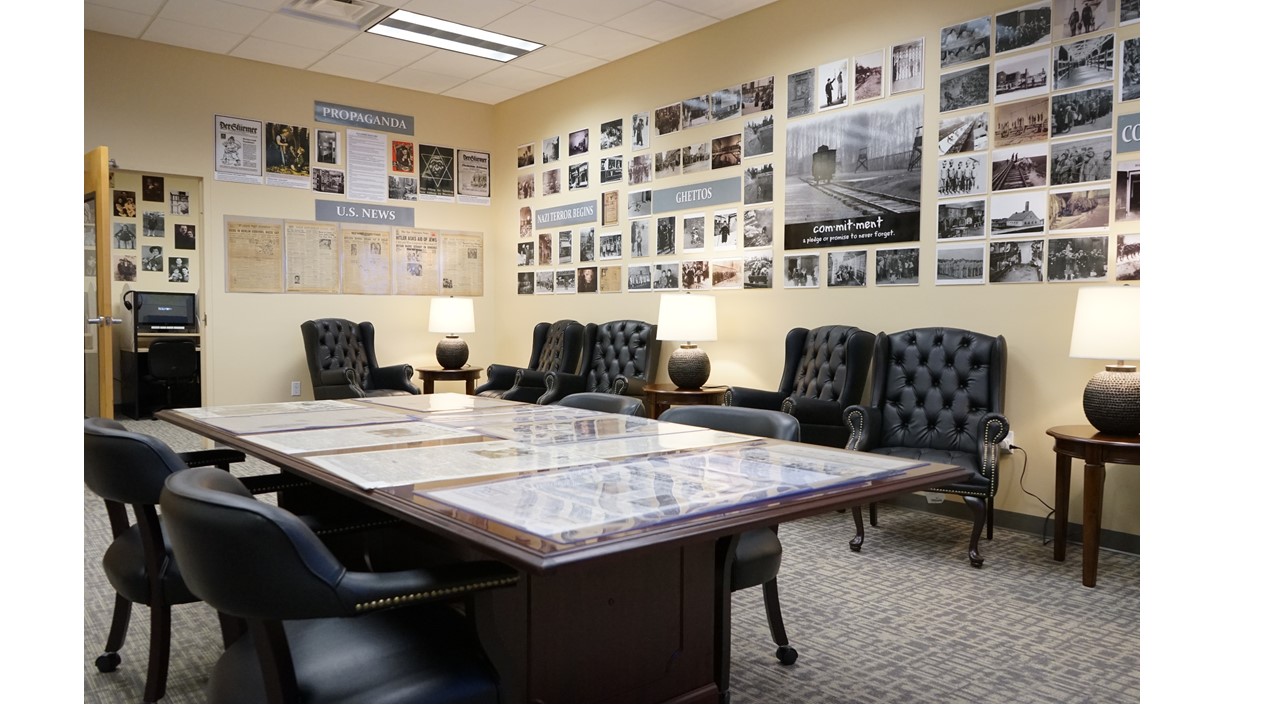 Located on the second floor of the NSU Alvin Sherman Library, the Craig and Barbara Weiner Holocaust Reflection and Resource Center offers Nova Southeastern University students and the general public a place to learn about, and to contemplate, the horrendous acts that result from intolerance and hate.

One of the three rooms contains a number of computers with headphones for NSU students, members of the faculty, staff, and the public at large to research and watch survivor testimonies utilize a Holocaust encyclopedia, and research images and films linked to the United States Holocaust Memorial Museum in Washington, D.C., Yad Vashem, and other important memorials.

In addition, the center contains several important images including research maps depicting the location of the major labor and extermination camps, examples of Nazi propaganda as well as prisoner hand drawings and artifacts.

The center houses three large rooms and includes a large flat screen which plays continuous video from the Holocaust period, much of the footage shown consists of archival films made with home movie cameras. This room contains comfortable seating for participants to review a number of historical newspapers from the 1930’s and 1940’s; propaganda material used by the Nazis; book cases filled with Holocaust research books, as well as display cases containing original artifacts illustrating both the horrors of the Nazi regime, as well as artifacts from their prisoner victims.

"It's important that we do not forget the lessons from the past. With so few survivors of the Holocaust remaining, resources like this one are vital to help tomorrow's generation avoid the atrocities of past generations."

Learn more about the Craig and Barbara Weiner Holocaust Reflection and Resource Center on their website.