This guide should serve to teach the public how to identify local Central and South Florida gastropod seashells.

A collection of whorls that sits atop the body whorl, often coming to a sharp point.

A 360° spiralling turn of the snail's shell.  A line on the outside of the shell between a pair of whorls is called a suture.

The body whorl is the largest whorl on the shell, the last to be grown by the snail.  It houses the aperture.  The  shoulder  is the part of the body whorl that extends furthest out from the center (or axis) of the shell and is often (but not always) located just above the aperture.

The section of shell adjacent to the aperture on the inside edge of the body whorl.  Can sometimes be called the parietal wall, or form a flat section of shell called a parietal shield.  Sometimes the inner lip is also a part of the columella- the central pillar that the shell spirals around.

The section of shell adjacent to the aperture, on the outside edge of the body whorl.

The aperture is the entrance to the shell, from which the snail will extend its body.  Living sea snails often can retreat into the shell and cover it with a flat, tough plate called an operculum.  The operculum can often be used to identify living shells by species, but is rarely (if ever) found on dead shells.

An tubelike extension of the aperture that some snails use to extend their siphon- an organ used by the snail to direct water over its gills.

Basic Parts of the Gastropod Shell 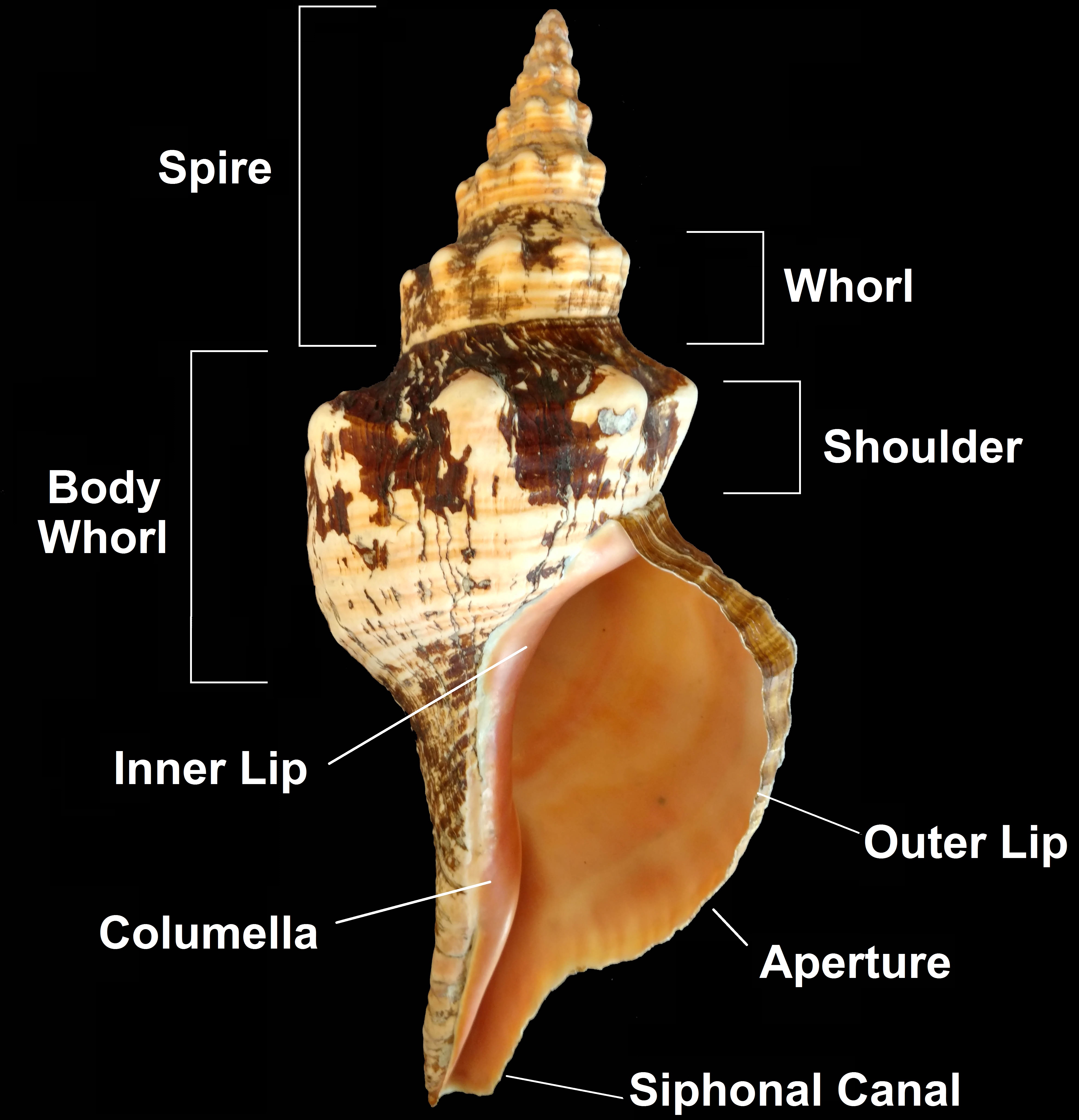 Identification Key to the Major Groups